This instrument, signed by the presidents of the States Parties, adopts principles and rights in the area of work.

In addition to the MERCOSUR Socio-Labor Declaration (DSL), the OSL developed and launched the Multilateral Agreement on Social Security of the Southern Common Market and Administrative Regulations (1997), the Regional Strategy for Employment Growth (2006) and created the MERCOSUR Labor Market Observatory (2008).

Finally, it is worth mentioning the five regional plans, which are the result of collaborative work between the different administrations of the countries and the permanent participation of social actors in their execution.

Norms and principles of the MERCOSUR Socio-Labor Declaration: 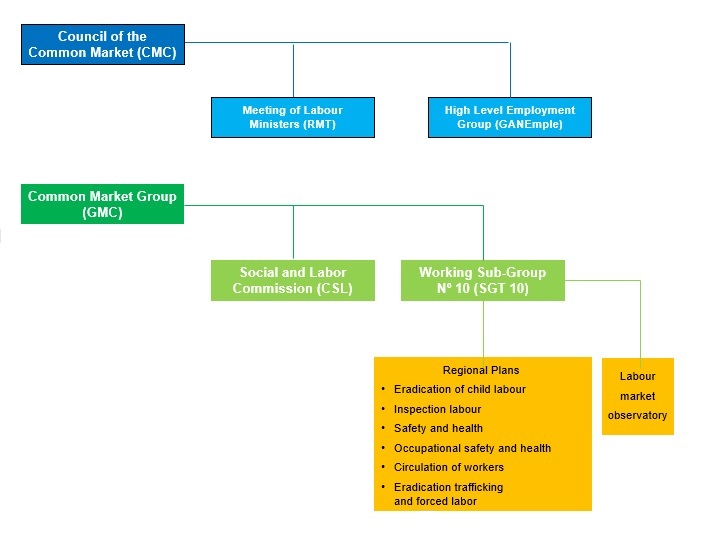